The first settlers in the area were  descendants of English immigrants from New England. Other ethnicities followed: Welch, German, Irish and others. The original riverbank garden was planted and kept, for the most part,  by Lithuanian Americans who had established a large enclave in this section of the city.
Although forbidden to migrate without the official approval of  the Russian government (the nation then controlling Lithuania) one sixth of the population of Lithuania migrated to the United States at the end of the 19th and the beginning of the 20th centuries. They migrated,  as many other ethnicities had,  because of the drastic changes the Industrial Revolution had created home and abroad.  Only Ireland had lost more of its population to migration. By 1915 nearly one third of the Lithuanian immigrants were laboring in the coal mines of Pennsylvania. By 1885 there were 20 collieries operating within the surrounding county area.
Several Lithuanian American churches had been established in the area near the healing garden.  A Lithuanian parish school had also been constructed.  A number of noteworthy Lithuanian Americans resided in that vicinity,  among them,  Jonas Sliupas,  and Venerable Maria Kaupas.

Their roses bloomed,  lasted longer than the local coal industry and many of their houses of worship. 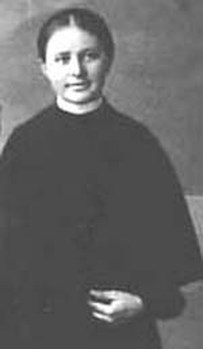 Casimira Kaupas as a novice http://www.ssc2601.com/about-us/our-foundress/
Venerable Maria Kaupas founded the teaching order of the Sisters of St. Casimir. She courageously withstood the prejudice of those against the founding of a teaching order for the Lithuanian immigrants. She once resided not far from the garden. The Sister's of St. Casimir were the instructors at the Lithuanian parish school that had existed nearby.
For further information see: http://www.ssc2601.com/about-us/our-foundress/ 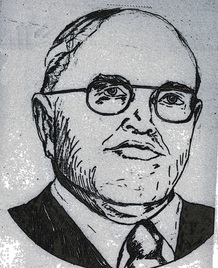 ﻿A. B. Cohen immigrated to the city from Birzai, Lithuania in the 1890's.  Here he organized one of the first modern Hebrew schools in the country. Among his many philanthropic efforts, he helped establish a system of modern playgrounds in the neighborhood and throughout the city.

﻿For further information about his numerous contributions to the city and the country see his autobiography: Memories at Eighty-Five. 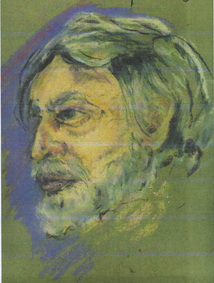 Akiba Emanuel was an artist and sculptor born in the city of Russian Lithuanian immigrants. He spent his early childhood here while his father taught in the Hebrew school organized by A.B. Cohen.  A working class painter,  he was known for his creative individuality and his refusal to participate in the art system.