Significance and Relevance of Lithuanian Culture
​                   A Spiritual Path to Freedom: The Singing Revolution, The Baltic Way 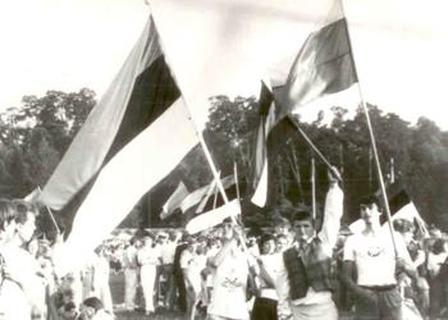 When Songs Trumped Rifles
Title of  a news story  and second quote below BY NANCY JOSEPH, DECEMBER 2013 PERSPECTIVES NEWSLETTER
University of Washington  https://artsci.washington.edu/news/2013-12/when-songs-trumped-rifles

Lithuania became the single most important catalyst for the collapse of the USSR.*
She did so without going to war.
*Tomas Venclova from The Best Way to Love Our Identity; Lituanus Vol. 52, No.1

...the idea of singing as a form of resistance has a long history in the Baltics:
nineteenth century choirs met and performed in defiance of the Tsar. In an 1873 essay titled “The singing Latvian nation,” Latvian poet Auseklis (Mikus Krogzemis) famously wrote, “That nation does not stain steel swords and spears with the precious blood of people. Peace is its stately, proud flag; a shield of songs which repels the spear.”
University of Washington  https://artsci.washington.edu/news/2013-12/when-songs-trumped-rifles

Auseklis's romantic poetic statement did not restrain the violence and trauma of war and oppression throughout most of the 20th century. After World War I the Baltics experienced the dream of freedom fulfilled only to witness, after World War II, the nightmare of freedom lost. After the trauma of horrors beyond understanding - their response  at the close of the 20th century was the non- violent  Singing Revolution and The Baltic Way.

"The greatest generation will be the one that creates a world where their children do not have to go to war "*-- the Lithuanians, Estonians and Latvians have led the way -------Lithuania "endured six breaks in historical continuity, as occupation followed occupation, just as liberation followed liberation. A country which is able to rise from the dead like this commands some esteem." ** Nations everywhere have been and are adept at the art of war ----- the Baltics have begun the creation of the art of peace . "In modern world, wars must be outlawed, because none of the global problems we are facing can be resolved by war — not poverty, nor the environment, migration, population growth, or shortages of resources." Mikhail Gorbachev  http://time.com/4645442/gorbachev-putin-trump/
*Gloria Steinem/ Finding Your Roots television series 3 episode 8
**Tomas Venclova/The Best Way to Love Our Identity
​ 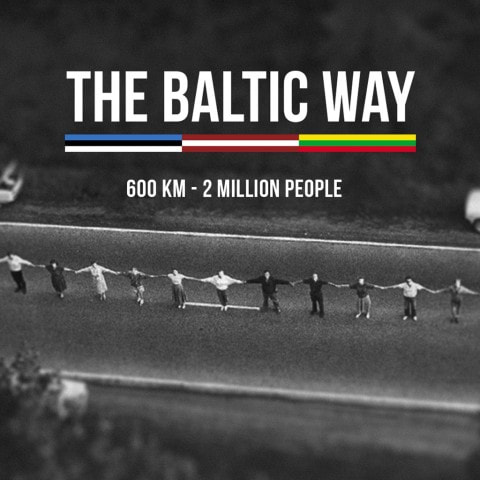 http://www.lettonie.lv/news/latvia-marks-25th-anniversary-baltic-way
On August 23, 1989, a half century after the betrayal of  freedom by the 1939 Molotov-Ribbentrop Pact between Stalin and Hitler .... "people across the Baltics came together in one of the greatest displays of freedom and non-violent resistance that the world has ever seen. On that August evening perhaps two million people stepped out of their homes and joined hands -- a human chain of freedom, the Baltic Way. And they stretched down highways and across farmlands, from Tallnin to Riga to Vilnius. They lit candles and they sang anthems. Old men and women brought out their flags of independence. And young parents brought their children to teach them that when ordinary people stand together, great change is possible."
President Obama/2014
https://obamawhitehouse.archives.gov/the-press-office/2014/09/03/remarks-president-obama-people-estonia
Video of speech: https://www.youtube.com/watch?v=bWAnzKtFPkE
Further information and personal stories regarding The Baltic Way:
http://www.thebalticway.eu/en/

In the introduction to her noted prehistory of the Balts Lithuanian American archeologist Marija Gimbutas states unwaveringly: "man's life was inseparable from Daina, 'the song.' ....The Balts sang ceaselessly, as though singing were as necessary as breathing.

Read the Balts on line at: https://archive.org/details/TheBalts

Five decades after Lithuania was occupied and incorporated into the Soviet Union, Lithuania became the first republic to declare its independence from the USSR on March 11, 1990, and was later followed by Latvia and Estonia. The Soviet military responded harshly. On January 13, 1991, fourteen non-violent protesters in Vilnius died and hundreds were injured defending the Vilnius Television Tower and the Parliament from Soviet assault troops and tanks. Lithuanians referred to the event as Bloody Sunday. The discipline and courage of its citizens - linking arms and singing in the face of tanks and armour-piercing bullets - avoided a much greater loss of life and showed the world that Lithuania's citizens were prepared to defend national independence. https://en.wikipedia.org/wiki/Singing_Revolution 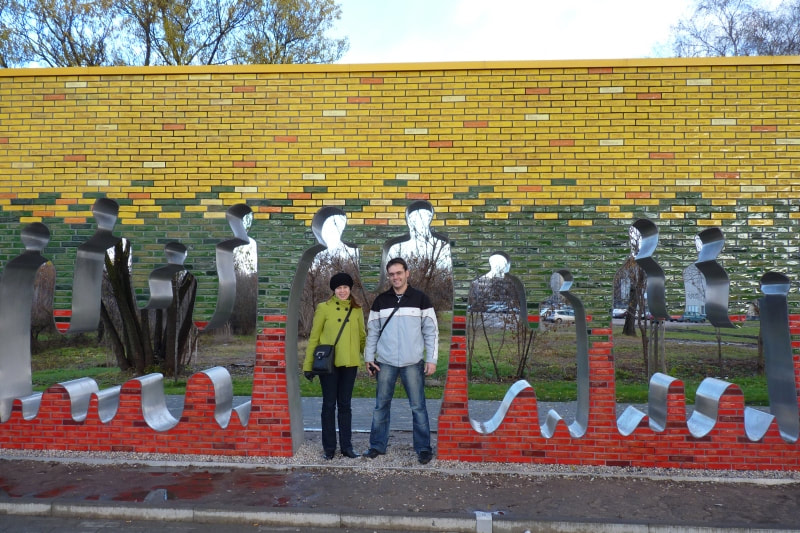 http://www.vilnius-tourism.lt/en/what-to-see/places-to-visit/places-of-interest/the-road-of-freedom/
THE ROAD OF FREEDOMSculptor: Tadas Gutauskas. 2010
“The Road of Freedom” is a sculpture commemorating the twentieth anniversary of the restoration of the State of Lithuania and invites all residents of the country and patriots of Lithuania to continue along the path of freedom and solidarity.
The Project idea evolved from a reflection of contemporary apathy, pessimism and confrontation. “The Road of Freedom” is a commemoration of the fight for independence and a symbol of freedom and solidarity for future generations. It encourages the remembrance of the idea of solidarity which helped Lithuania to gain its freedom.
The sculpture is symbolic of the live chain of people who, more than 20 years ago, joined hands and connected the three Baltic States who were striving for independence. The chain stretched a length of over 600 kilometres and became an expression of unprecedented solidarity.
This sculpture, just like “The Baltic Way” created unanimously by the Lithuanian people 21 years ago, is a collective creation – everyone can contribute to the Project and get a special brick which will be put in the sculpture. Each brick will be the in the colours of the Lithuanian flag and the name of the person who has contributed to the sculpture will be stamped on each brick.
The sculpture was erected at the crossroads of Konstitucijos Avenue and Geležinio vilko Street near the traffic circle in 2010. The sculpture is 60 metres long and consist of up to 20 000 bricks.
The author of the Project idea is the sculptor Tadas Gutauskas, who has created numerous outstanding monuments, with the assistance of the architect Saulius Pamerneckis.

The Singing Revolution is also the name of  a most inspiring movie about peaceful transformation : https://singingrevolution.com  Honoring the important place of song in the Baltics and Lithuania, the movie was shown at the Anthracite Heritage Museum in the Lackawanna Wyoming Valley as part of Lithuanian Heritage Day 2011 which paid special tribute to local Lithuanian American choral leader Bronis Voveris.

​Links to ifo @ Charles Halka and his opera Julius
https://www.youtube.com/watch?v=kWKH6ND6ze0
https://www.youtube.com/watch?v=4dC7HOaHP3w
Published on Jul 13, 2012 Charles Halka composed an Opera inspired by his grandfather's life as well as the lives of thousands of others Lithuanians who made the painful decision to leave home with little hope of ever returning... Category Education License Standard YouTube License
http://www.charleshalka.com/Charles_Halka_-_composer/Julius.html
​​

From the Fields of Lithuania to the Coal Mines of Pennsylvania

​In the pitch dark of the coal mines you knew if a miner was Lithuanian - before you saw him -  you heard his song. He had sung for centuries above ground in the fields and pastures of his homeland; on another continent, laboring deep beneath the ground to sustain his family -  he did the same. He sang underground in the coal mine; he sang above ground in the choir until the coal dust and black damp took his breath and song away----


One of the few memorials to a Lithuanian American in the Wyoming Valley stands on the campus of King’s College in Wilkes-Barre, PA. It is that of a Man of Song - choral director and organist Bronis Voveris. Bronis directed “The Men In Red” choral group at King’s College from the 1940s to the 1980s and was organist at St. Casimir’s Church in Pittston as well as at St. Nicholas Church in Wilkes-Barre for more than 50 years.  His remarkable wife, Frances, had been a member of one of his choral groups. Before Frances passed away, the priest knew without asking what hospital room she was in: “I heard her singing her way into heaven.”
​ 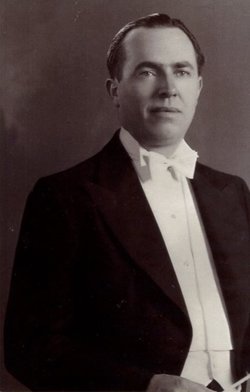 Bronis Voveris was an organist and choral director. He taught voice and piano and worked in a defense plant in West Pittston.
My four grandparents were born in Lithuania. Each was raised on adjoining farms and worked from sun-up to sun-down. After World War I, they migrated to America in search of their dreams of freedom.
These immigrants witnessed Lady Liberty from their ship, and waited patiently at Ellis Island for processing.
Here, they had a sponsor who guided them to a place to live and to look for employment. The language barrier was another challenge each had to endure while living in America.
My maternal grandparents settled in Paterson, New Jersey. They got married and both worked in a silk mill for decades. They raised a family of three children, one of whom was mentally challenged and wheelchair bound.
My grandfather, Frank Baltuska, worked hard, supported his family and helped to take care of his invalid daughter, Elsie. Grandma Alice then went to work her shift at the same factory. They always rented an apartment, never owned a car or home, but persevered.
One day, Grandpa was approached by a man who wanted his money. He replied after opening his empty pockets, “I have nothing. I am poor just like you are.”
Grandma and Grandpa loved America, always, even up to their passing.
My paternal grandparents, Felix and Marcella Voveris, also migrated after World War I. They came with dreams in their minds about a perfect paradise called America. After Ellis Island, they each met their sponsor and boarded a train for Massachusetts. They later married and settled at 187 Ames St. in Brockton.
They raised two healthy, vibrant children, one of whom was reaching the realm of becoming a Metropolitan Opera star. Unfortunately, she passed away at a young age in an arson fire. Their other child, Bronis Voveris, my father, got into the Boston Red Sox minor league before a leg injury ruined his career. His parents insisted he take piano lessons and they would pay for them.
Bronis then took up piano and went to the New England Conservatory to further his education. He received a scholarship to Kaunas University in Lithuania. While he was there, World War II broke out. He fled back to America via the fjords of Norway to an awaiting ship.
He resided temporarily with his parents in Brockton where both parents worked in shoe making factories. Later, my father migrated to Paterson, to work as an organist and choral director. Here, he met our mother and they were married soon after.
After their first child was born, they moved to Pittston in 1942. He played organ, taught voice and piano, worked in a defense plant in West Pittston and raised seven children. There were countless students and several opera stars who frequented our home for lessons. My father also taught lessons outside of our home.
He directed “The Men In Red” choral group at King’s College from the 1940s to the 1980s.
There is a statue at North Main and Jackson Streets in Wilkes-Barre that stands as a tribute to my father, commemorating his achievements. He was an organist at St. Casimir’s Church in Pittston as well as at St. Nicholas Church in Wilkes-Barre for more than 50 years.
All of his accomplishments were derived from the insistence of both sets of grandparents, who believed in America and what she had to offer her immigrants. Most important was what this country stood for, especially liberty and freedom.
http://timesleader.com/features/561129/2016-coming-to-america-the-voveris-family

When interviewed at her home, at ninety years of age, Margaret Lasata remembered, sang and bent her body to the threshing rhythm of the ancient song she and her sister had sung together in the fields of Lithuania. She vividly recalled harvesting flax with her family, threshing, retting, dying it with birch and spinning it into the linen she and her sister wove into the tablecloths and bedspreads of their dowries. A jousta (sash) woven by Margaret Lasata of Scranton PA was exhibited at the Everhart Museum in a 2010 Ethnic Craft Exhibition.